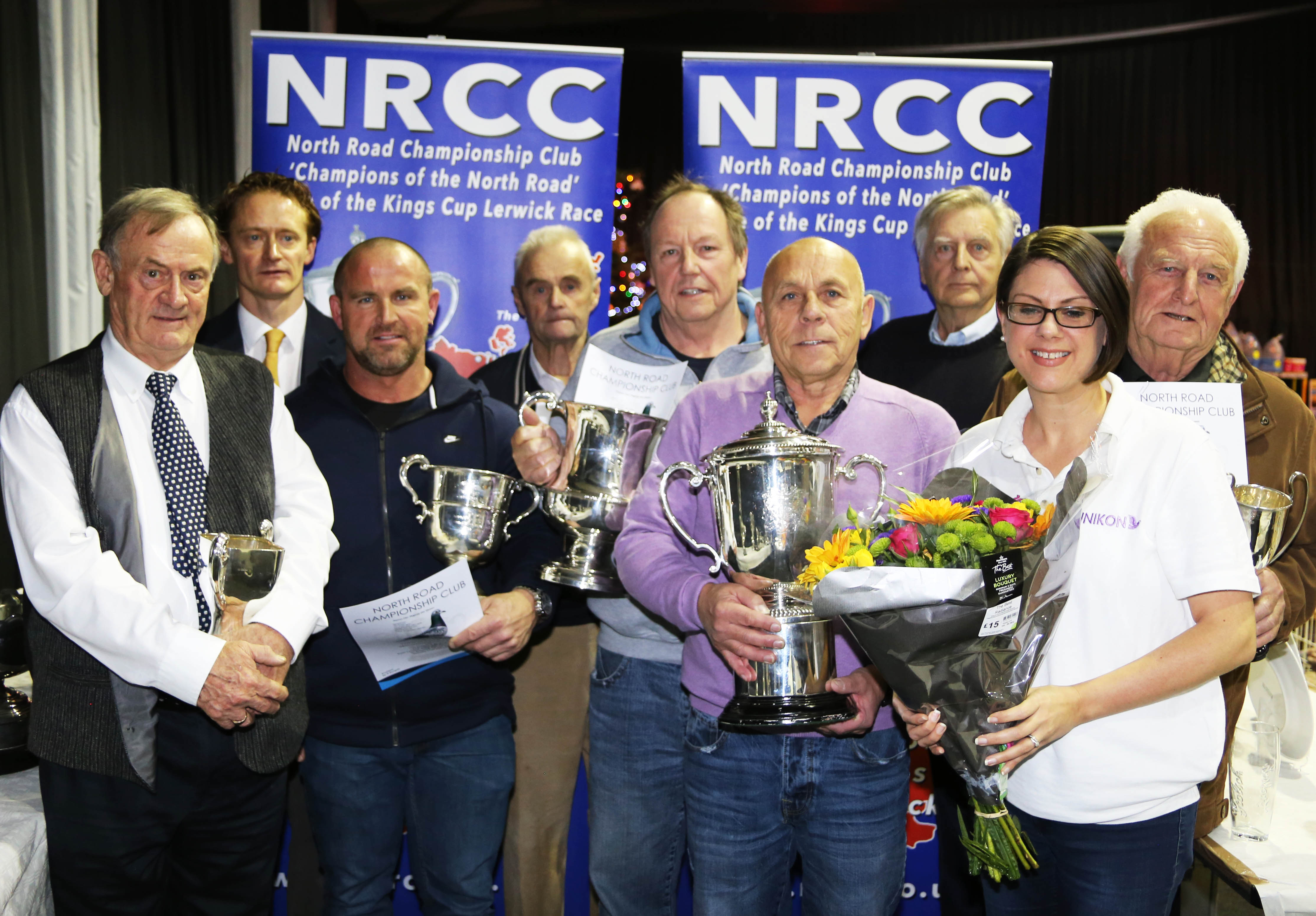 The NRCC’s 2017 drew to a close on Saturday 2nd December at the Springfields Exhibition Centre in Spalding where over 300 people were in attendance to honour the seasons winners and of course see Trevor Pells lift the King George V Trophy for his win from Lerwick up in the Shetlands, Trevor’s pigeon covered a distance of some 543 miles. For tiose that are not aware of where Lerwick is geographically situated (remember the BHW is circulated wider than the UK and then of course there is the world wide web) these gallant birds have to cover a minimum distance of 100 miles of North Sea and that is if these birds come in at the shortest point, but that is another debate!

So preparations in the hall began on the Friday erecting the pens for the ‘Champions Row’ what is this you may ask when there is no show? Well, every fancier is invited to bring along their section winner where they are displayed in race order with a card displaying the birds ring number, fanciers name and distance flown along with a bouquet of flowers for the winner and this row certainly creates some interest amongst those attending, where else do you get to see 7 different Classic.National winners in one place along with a further 42 section winners. This has created quite a stir amongst the members and on seeing this spectacle gives the fancier the urge to do better and get their bird on the following years row.

The perimeter of the hall is lined with the clubs sponsors all of who a re represented with their companies trade stand giving them the opportunity to talk to the members and obviously recoup a little a of their generous sponsorship and I extend the club gratitude to them all Belgica UK, PJ Lofts, UNIKON, The Racing Pigeon, Aviform and Bamfords Top Flight, these were joined by companies Body & Ridewood, Retford Poultry, Ray Knight DVD, Pigeon Boptanicals and a host of fanciers offering quality birds for sale.

The venue itself is excellent and not just for the fancier but for those further a field travelling with their partners their is a Travelodge on the same site that covers over 45 acres, the £30 million scheme has many original and impressive attributes, culminating in one of the most stylish shopping environments in the UK with such outlets M&S, Gap Outlet, and Radley or you may choose from a range of cafes and restaurants to find something to eat or drink.
Guys if you want a show and also want the treat your lady to a shopping trip take a look at the web site at www.springfieldsshopping.co.uk and get your hotel booked for 2018, the date is December 1st.

So with the preparations out of the way the doors were opened at 9:30hrs and by 11:00am we had more or less filled the Champions row and the sale pens were filling up nicely including children of 1st open winners where some were snapped up under their market value while club chairmans bird fetched a staggering £575 of which people every penny goes straight back to the club.
The club don not have an official guest to present the prizes as each race sponsor is asked up onto the stage t present the rewards to the section and open winners and though it may seem a little mean we only have seven presentations, one for each race. This is done by calling up the section winners, trophy winners and of course the open winner with the finale being the presentation of the Kings Cup.