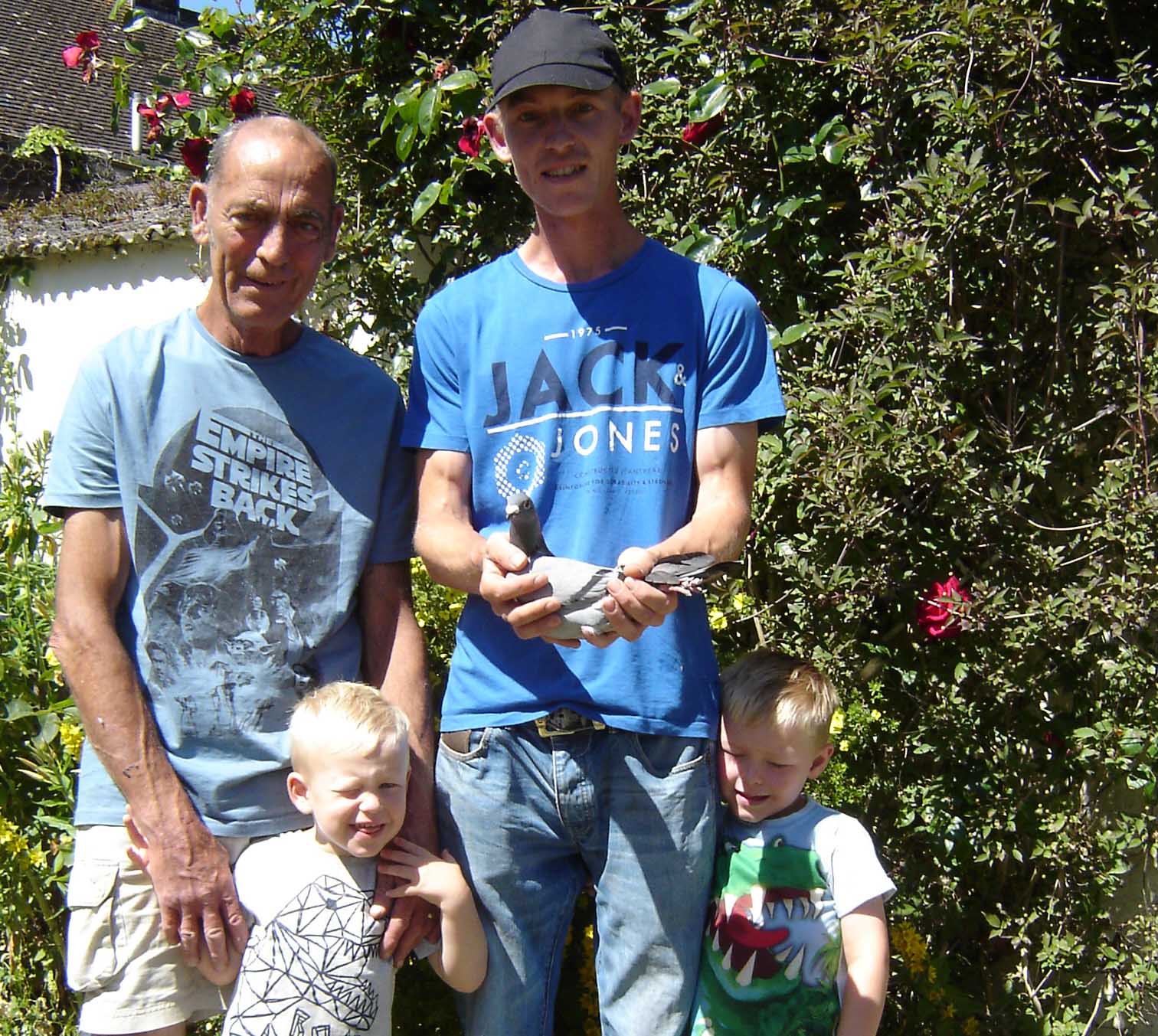 There is no other race like it – and no more satisfaction in pigeon racing than winning the coveted King’s Cup that goes with it. If you could ask all previous 101 winners of the North Road Championship Club’s marathon from Lerwick, they would all say the same thing – conquering the Shetland Isles is magical.

Now you can ask the 102nd winner, 31-year-old Darren Perry, from Alford, in Lincolnshire. He timed a yearling hen at 6 minutes 55 seconds past 5pm on Saturday to record a velocity for the 479 miles to his loft of 1238ypm.

Darren had anticipated that a decent time would be 12 hours; his determined young lady beat that estimate by 48 minutes, and he couldn’t believe it.

When he switched on his computer to check the provisional results on the NRCC website he received another shock: his name was the only one listed.

He thought that there must be a computer error. When subsequent timings appeared after his, he was even more convinced that the computer was on the blink and playing a cruel trick.

It was against all the odds. The betting had been on a victory in the Nottinghamshire area, certainly not in the eastern orientated C section. For a while, Darren had forgotten that he had beaten such odds before – when, in 2014, he won the young bird national, again in an east wind.

With fanciers’ timings being reported further down the line, and further to the west of NRCC territory, there was an agonising wait until Darren finally accepted that he was the winner of the prestigious NRCC race from Lerwick. Like all those previous winners over more than 100 years, he had never experienced a feeling like it.

All sorts of emotions came into play.

First thoughts turned to his late father Mick, whose death late last year came as a big blow to Darren. Mick had been so proud of his son’s pigeon racing achievements. How proud would he have been of this one?

At his father’s funeral, an emotional Darren had released all his potential Lerwick candidates as a special tribute.

As it transpired – and Mick would have approved of this thoroughness – not one of those cock birds came up to scrutiny when it was time for Darren to make his final choice for his four entries.

Instead, they were all replaced by hens, although the winner was a late call. She had, however, caught Darren’s eye every time he entered the loft. She was telling him she wanted a trip to Lerwick – a plea he ignored right up to the point of walking away from the loft with his basket containing three hens and a cock bird. On a gut instinct, he turned back, convinced at the last minute that the hen must go; she was, he felt, in much better condition that the cock that she eventually replaced.

A number of birds had been prepared, of course, for such a possibility, but the eventual winner was shouting loudest.

“She was in exceptional condition,” said Darren. At tea time on Saturday his judgement was justified. And, when he verified the bird the next day, NRCC chairman, Brian Garnham, could hardly believe the bird had been in a race the previous day. “She really was in good shape,” he said.

She had been raced on the double widowhood system which Darren had employed this season, and had been a steady performer in all three previous NRCC races this season.

“I really was over the moon with this win,” said Darren, whose current work entails helping Paul Newbold at the PJ Lofts stud, at Friskney, plus the odd assignment in his old trade as carpenter.

“Dad would have been so proud and that, above all, is what means so much to me.”

The winner comes from what Darren calls his “old family” which is a blend of a variety of breeds, and which have become a trusted base for turning out winners.

He still has the great-grandfather (which has steadfastly refused to mate to another hen since the death of the great-grandmother, but Darren hopes he will relent if introduced to the new King’s Cup winner as she enters the stock loft), the grandparents, and the parents who regularly produce winners.

Darren likes to introduce a few new young birds each year and blend the best with his established family. “Many of my birds are related,” he said. “But I like to bring in new blood to try every year.”

Darren timed the one on the day, and two more next morning out of his four-strong entry.

An interesting development this year is the fact that he has received 30 young birds bred by one of the best-ever NRCC fanciers, Albert Sayers, of Louth, whose name has appeared so often in NRCC winning positions. Albert and Darren have become good friends this year and a combination of blood from an experienced ace, and a young man who has already had more success than most fanciers cam dream about, leaves you drooling over the possibilities.

The King’s Cup winner was an early bred youngster in 2017, and very mature for her age. Her success has led Darren to ponder on whether future success rests with yearlings.

He has already become a consistent fancier in club, Peterborough Federation and NRCC racing, and has four Federation wins to his credit this season.

For a young man, Darren already has a lot of experience in the sport. He first had pigeons at the age of eight, but became disillusioned, and gave up, when a marauding cat killed them all, but a few years later he made a comeback. He started racing in 2008-09 with his granddad, and today has a partner in his stepfather Les Gardner.

Darren pays a special tribute to Les for all his help and support in a wide variety of ways. “He has been brilliant,” said Darren.

He also has two more budding fanciers in the family. He and partner Sarah have two sons, Ross (4) and Bradon (3) who love to go to the loft with their dad, and are particularly keen on playing with the young birds.

For many days ahead, they can all reflect on a special, emotional, satisfying day. The day that the Perry family from Alford savoured the thrill of winning the King’s Cup from Lerwick.

Chairman Brian Garnham was delighted at the way the race –“the biggest event in the NRCC calendar” – played out. “The betting, under the conditions, was that the race would be won in the Nottingham area, so all credit to Darren for beating the odds.

“There was plenty of optimism this year, and we could not have had a better day for weather in Scotland,” he said.

En route there were various stages when the wind was in the east, then north, north-east, and then south-east. The final stages were in a north-north east wind which, for once, probably helped the longer flyers – something which they, and their pigeons, deserved.

Brian paid a special tribute to the NRCC convoying team of Darren and Merv. “We are lucky to have such a hard-working and conscientious team,” he said. “Their overriding concern is always the wellbeing and condition of the birds, something which I am sure members appreciate.”

As ever, from Lerwick, while the Fanfares must be for the winner, there are many other fine performances from the wide area covered by the NRCC.

Mr and Mrs T Augustini, of Leicester, are runners-up, 2015 winner, Ivan Rich, from rural Isleham, is third, and many more had a memorable day.

But what about that man in 20th provisional open position? Ray Luffham, down in London, must have won the admiration of all members for such a performance over almost 600 miles on the day.

Hopefully, more about these later . . . in the meantime the first 20 in the provisional list are: