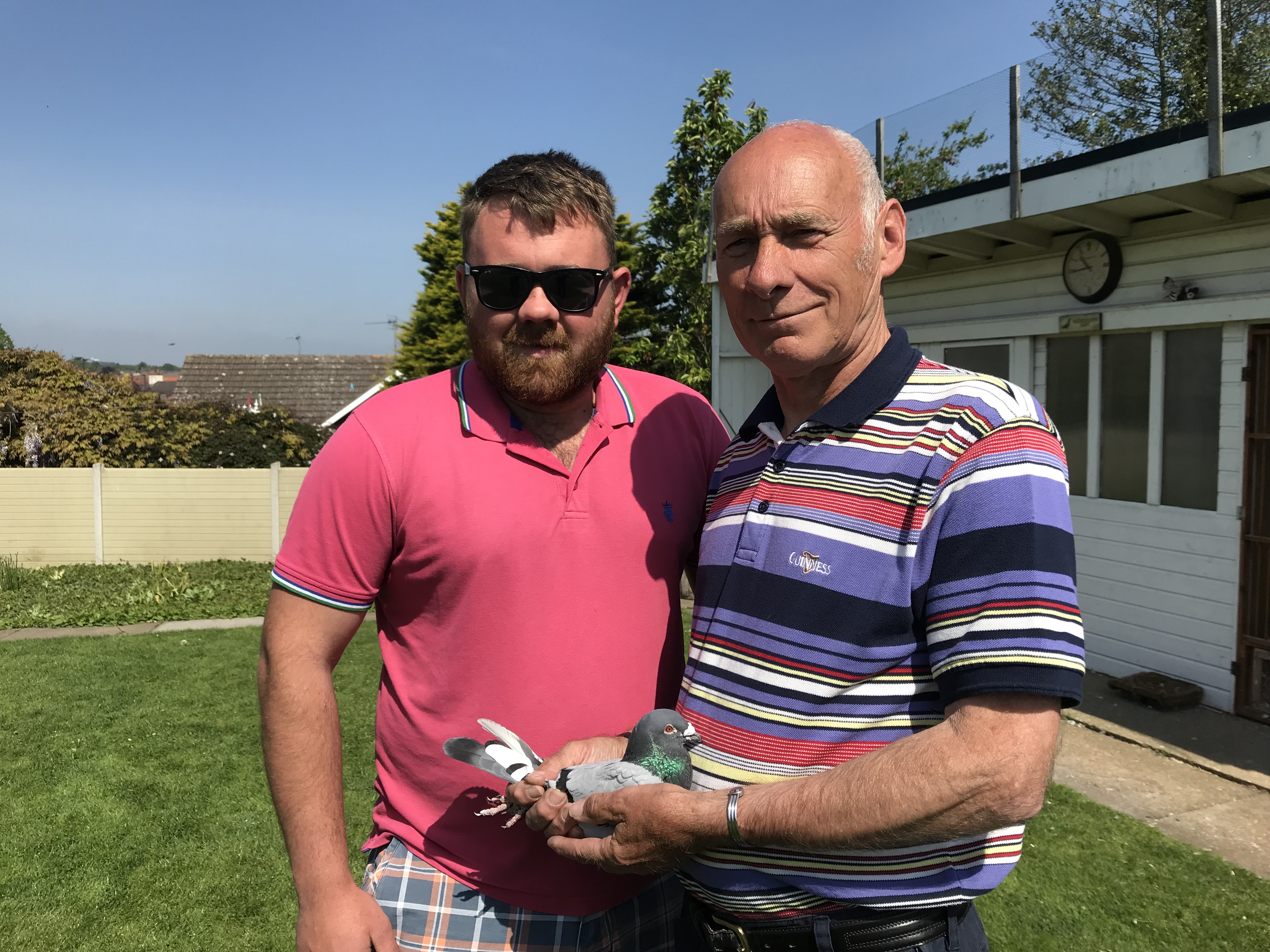 The North Road Championship Club’s first race of the season was from Dunbar on Saturday and attracted an entry of 1983 birds sent by 165 members.
Provisional winners are the grandfather and grandson partnership of Richard and Tom Mamwell, from a famous pigeon racing family in Louth.
This success makes amends for the partners’ disappointment from the same race point last year when they were initially listed as provisional winners before a review of velocities revealed that the top prize should go to Andy Woods and Kevin Batch, of Norwich.
There was a scare, though, this year as, once again, it appeared that a Norwich fancier may squeeze into first place, but this turned out to be a mistaken verification.
Race secretary Ian Bellamy was delighted with the outcome of the first race of 2018 and reports: “A good race ensued with a steady stream of returns as I took the verifications from libline, the first three open positions going to three different sections, which shows you get fair racing with the NRCC.
“As late afternoon approached, the birds had reached all parts of the club with members reporting that returns were good.
“The committee now hopes that we will have a bumper entry for the next race from Perth where we hope to fill the transporter and the new trailer. This will be on Saturday June 2nd, with marking on Thursday May May 31st. Entries need to be in by 10am on May 23rd.”
Section winners were:

Much has been made over the years about the fact that Louth is in a favourable position for NRCC racing, but it has to be remembered also that the town has had first-class fanciers capable of taking advantage of that position.
One such consistent fancier is 66-year-old Richard Mamwell, who has been given new impetus over the last couple of seasons by the fact that 25-year-old grandson Tom has joined him in partnership, bringing with him, not only general help, enthusiasm and new ideas, but familiarity with new technology and an ability to keep records which, Richard admits, has not always been his strong point.
With the wind on the day being somewhat unpredictable, but with a definite eastern flavour at times mixing with the general southerly direction, they did not think it would be their day, with some predictions favouring Nottingham-area fanciers.
Indeed, these predictions were not far wrong as Kevin Lawson, of New Ollerton, is provisionally expected to add second place to his overflowing basket of previous successes while winning Section B.
Nevertheless, the Mamwells triumphed thanks to a four-year-old celibate cock bird which they rate highly, and which they had pooled heavily.
The birds were liberated at 8-30am and the winner was on Richard’s predicted schedule when timed at one minute past one, although they had to wait another eight minutes before a second arrived. They sent 24 and all are home safe and sound, although the last arrival on Sunday had obviously escaped the clutches of the dreaded hawk.
This latest win bridges a gap of ten years since Richard last won a NRCC race – the young bird national of 2008 – although he has twice been runner-up (Dunbar and Thurso), and has had many healthy positions, including section wins.
The winning pigeon is descended from Lindelauf birds purchased from Louella, and a Van Zwols hen bought at the Doncaster show.

It was switched back to racing celibate because he seemed to have lost a bit of form when tried on widowhood last year. In recent seasons he has scored a number of good NRCC positions.
Now one of the few Louth fanciers flying from the north, the Mamwells send their birds as trainers with the Peterborough and District Federation and the winner had been to three races before being basketed for Dunbar, as well as having a few training tosses under the guidance of Tom.
They also fly from the south with the strong Marsh club where they have had an encouraging start to the season.
They favour the celibate racing system, for both hens and cocks. “It works for us,” says Richard. “Sometimes some of the cocks pair together, and the hens are now beginning to look at each other, but they will be sent sitting if they lay. It doesn’t seem to make any difference.”
Because they live under the ever-present threat of attacks from the Peregrine Falcons encouraged to breed on St James’ Church, Louth, they don’t exercise their birds around home a great deal, preferring short training tosses and weekly racing to keep them in condition. For much of the week the birds are let out in an aviary.
While enjoying competing on both routes, Richard admits that he gets a special buzz from NRCC racing and loves to help out on marking day. But it is not difficult to sense the pleasure he receives most of all is from having his grandson as his partner, and he is pleased, too, that his young great-grandson “likes the pigeons.”
Their plan is to send the Dunbar winner back to the forthcoming Perth race.