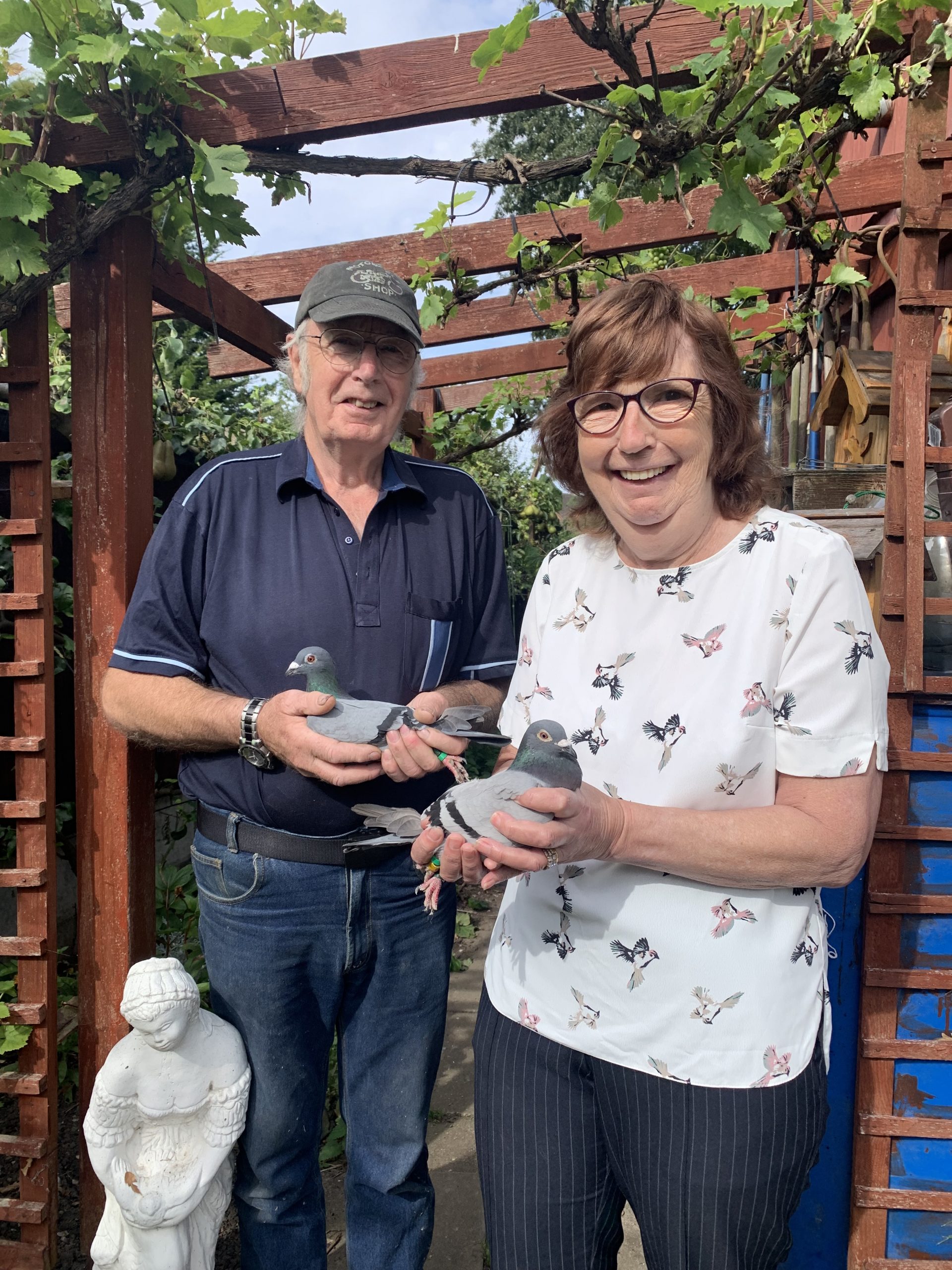 Last Saturday the NRCC’s two final races of the 2021 season were held, these being the Young Bird and Old Hens event. The convoyer had conataced me when they arrived at Dunbar Friday evening letting me know that the birds were standing with water and the lights on in the transporter while he and the driver were enjoying a well earnt cup of tea themselves and knowing Darren a biscuit or three!
But for now I will leave you to read how race secretary Ian’s day unfolded; ‘the convoyer informed me on Saturday morning at 6.50am that he woke up to low cloud and rain and I thought to myself ‘here we go again, a typical NRCC race day’. However, the convoyer rang me just after 9.00am to tell me that he had liberated the birds at 9.00am into a west south west wind with blue skies and sunshine above.
This was now time for me to update both the website and libline with the liberation details and for me to mentally work out when the first birds were likely to arrive.

I estimated the first birds would be around 4 hours. I touched bas with Ray in order for us to set the web site up for the provisional result, clean out my own birds, have a cup of coffee and a round of toast then sit by the computer waiting for the first telephone verification.

The first verification was at 13:37 from Dayton & Sayers from Louth stating they had timed in an old hen at 13:18, this was closely followed by Mr & Mrs D Evans from Alford timing a young bird and an old hen both at 13:29.

After a few more verifications over the next 15 minutes or so Pat and Dave Evans were top of both lists, they remained there for the rest of the day.

Whilst speaking to them later on in the evening it transpired that the birds came together but the old hen beat the young bird into the trap by two seconds.

Congratulations to Pat and Dave Evans for a great performance on the day.

As the afternoon progressed there was a steady flow of verifications up until 19:00pm where birds had reached all sections of the NRCC with the furthest flyers being over 330 miles, these later ones were added to the provisional result on Sunday morning as I had to attend my own club with my own clock. On return after clubs had printed off their clock sheets I could eventually relay to Dave and Pat Evans that they were indeed ‘provisionaly first open in both events’ and to Ray that he would indeed be driving over to Alford to verify the winning birds’.Dave and Pat are hardly out of the winners enclosure in the old hens race, and it was only in 2019 that they also won both the young bird and the old hens event and here we are two years on them doing it again and in fine style as what the provisional result doesn’t reveal is their multiple timings.
The young bird winner is a blue cock bred from their ‘Guy Eveart’ pigeons that they have been successfully racing for a good many years now and are responsible for many club, federation and NRCC winning bloodlines for them both at club, federation and NRCC level.

Our congratulations to the section winners in both races, well done!

Sec I A Pountney – Romford