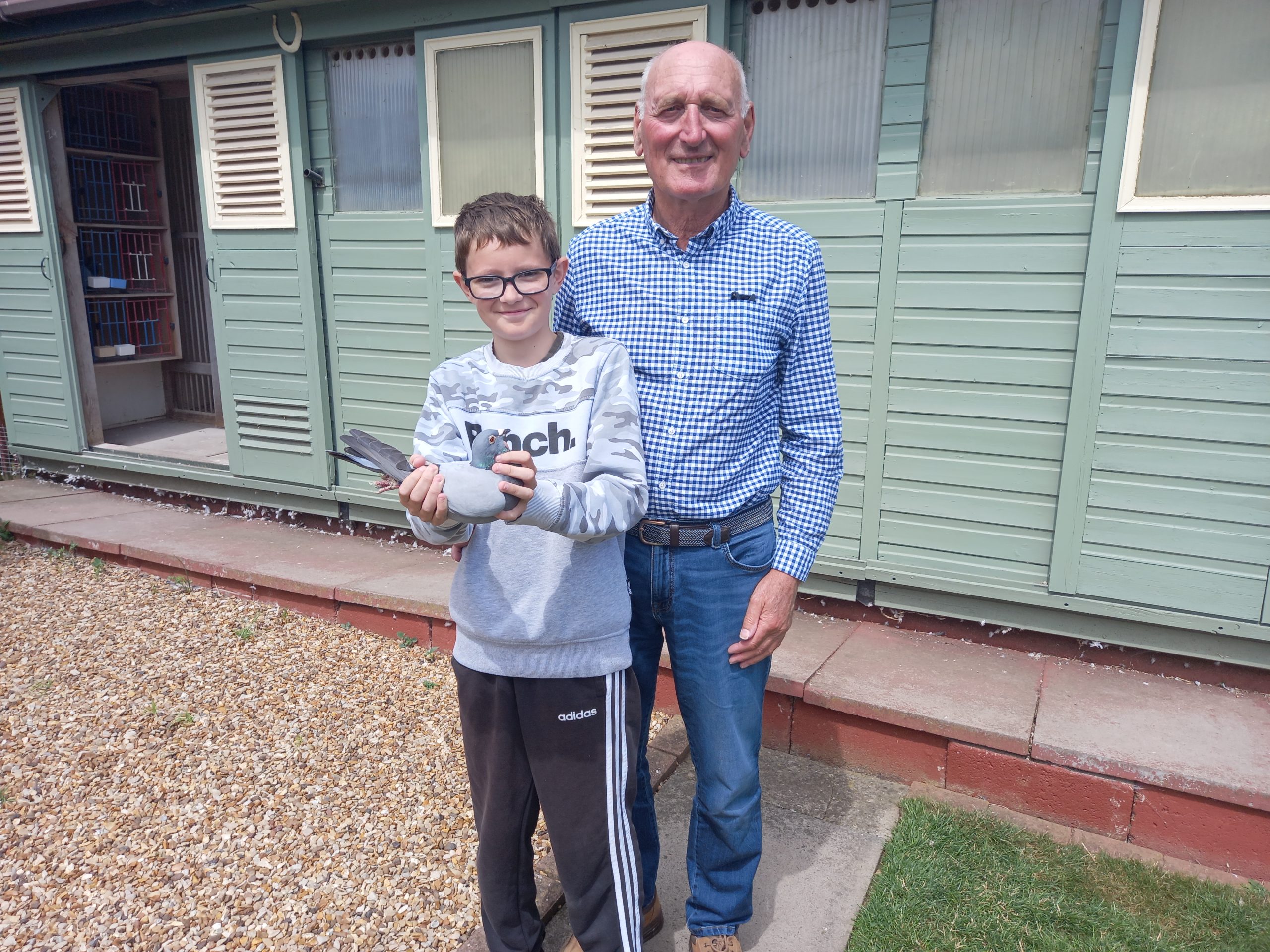 The next few paragraphs are Arthur Hardys’ own writings

This year she flew consistently most Club races with the Peterborough City Flying Club before being rested for Lerwick.

Her breeding is typical of the family we have been developing over the past three seasons with her Sire being a Blue cock closely inbred to New Laureaat and Kleine Jade who are both International Barcelona winners.

Her Dam comes from pigeons I purchased from Rick te Morsche ‘The 864’ and ‘Inbred Romee’ who purchased his original Jellema pigeons from Jan Morsink and they carry all of Jellema’s top bloodlines, Zwart Goud, Saffier, Romee, Blauwe Benno, Jill, New Jade 1 and 2 again from New Laureaat and Jade.

She is small to medium as most of the family are and very quiet around the loft, on arrival she had flown no weight off and still full of fly.

I asked Arthur how he started in the sport and he answered as follows:-

When I was around six years of age I had two strays which I kept in an orange box, I asked my dad if I could have a loft and the reply was ‘if you let those strays go I will built you a loft’.

Some of Arthurs relatives also kept pigeons and they were Louis Gillingham, Albie and Paul Hardy and Terry King.

These relatives went to the Frank Hall early sales of Gits and Sions where eggs were sought from these birds.

In recent years Arthur was secretary of the now disbanded Huntingdon club, he had been secretary

for 10 plus years, he got frustrated in not being able to test his birds over the channel so decided he would try his hand on the North Road.

When asked how his grandson Nathan became interested in the birds his reply was that he used to watch the pigeons while he was sitting in his pushchair as a baby, the interest has never waned and now after just celebrating his 12th birthday he has become a very active member of the partnership. Grandad had better watch out as Nathan will soon be the senior partner.

The final words come from Arthur who says:-

Could I thank the North Road Championship Club convoyers Darren and Merv for the sound job they do taking care of our birds and to the Peterborough City Flying Club who have made joining a new club enjoyable for me and Nathan.

The report of the Section winners will follow shortly