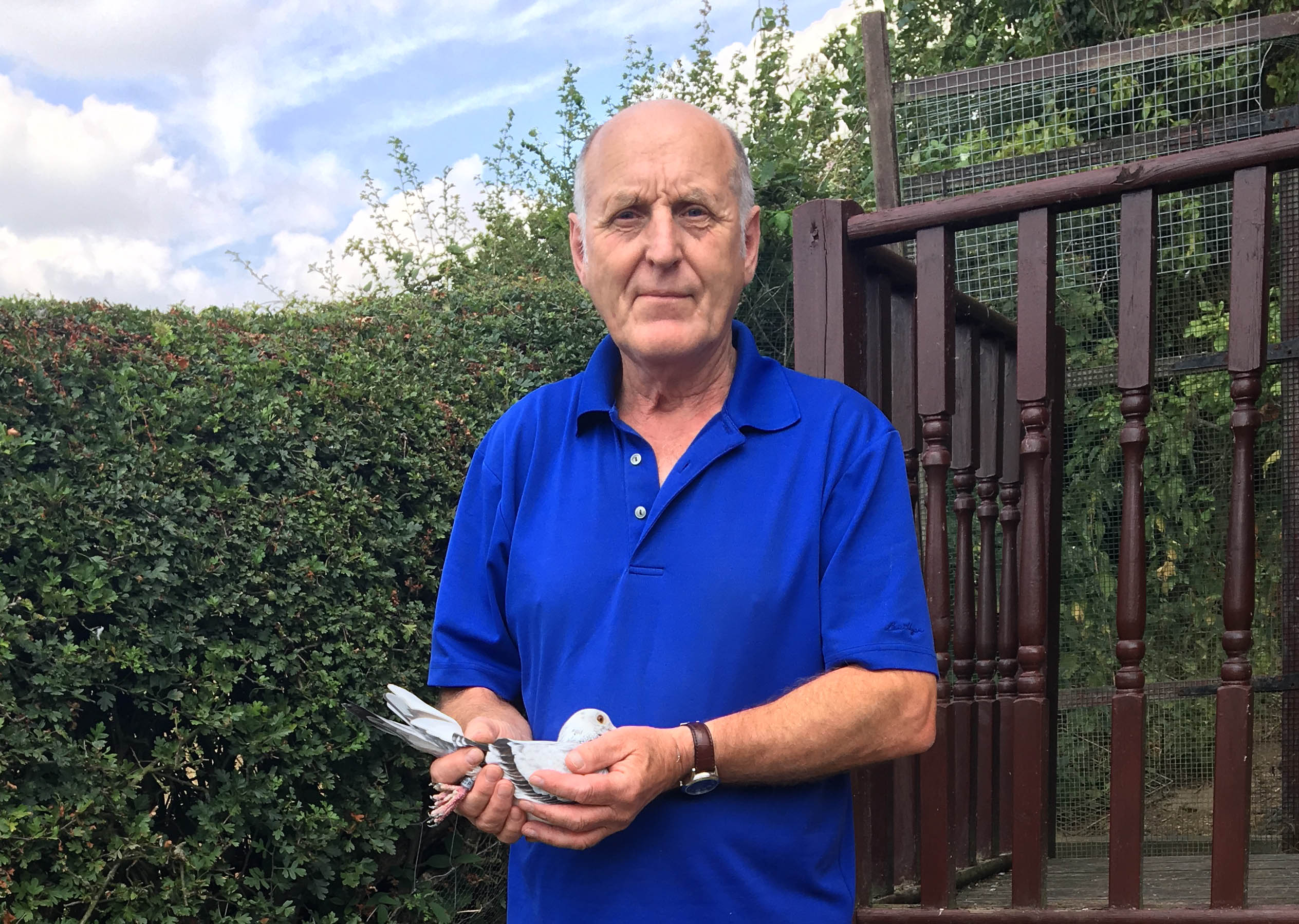 Roger Hallsworth had already established himself as one of the top fanciers in the North Road Championship Club, and he enhanced this reputation still further by winning the last old bird race of the season from Thurso.

Provisional results show that the Selston, Derbys, retired miner timed in at 18-54 on Sunday to record a velocity of 1112 yards per minute over a distance of 391 miles.

The birds had been liberated at 8-35am after a two-day holdover, the race having been scheduled for Friday.

The west in the wind suggested that, perhaps, the top prize would not be won in Section A. In the event, the first three provisional places are occupied by Section A fanciers.

This is Roger’s fourth open NRCC win, the others being the young bird national last year, Dunbar old birds 2009, and Lerwick 2006. All the open winners are still in his loft.

One of the satisfying aspects of the latest win is the fact that the three-year-old grizzle hen that achieved it, is a great-granddaughter of the Lerwick King’s Cup winner.

She had been switched from south road racing this year and was sent sitting 14 days. Previously she had been raced on roundabout, but, when the Lerwick team had been despatched to their race, the remainder had been allowed to be on open hole in the build-up to Thurso, with Ripon being used as a preparation race.

Roger is back in the swing of north road racing again and is particularly enjoying being back in the NRCC fold. Just when he was wondering whether his birds would cope with the switch from south to north, he was given the answer in emphatic fashion, not only by the Thurso winner and the four other birds that followed, but also in the Lerwick race where he was 6, 8, 11 and 32 open (2, 3, 5 and 10 Section A).

Roger has been a fancier for more than 55 years, and enjoys his club racing with the Pinkston club.

Second in the provisional result are Nuttall and Son, Nottingham, on 1096 ypm, and third are Mr and Mrs G Knowles, of Rainworth, on 1092.

Mr and Mrs Russ Skinner, of Boston, returning to north road racing this year, are provisionally fourth. No strangers to NRCC success, they have won the Thurso race twice before, and also been successful from Perth.