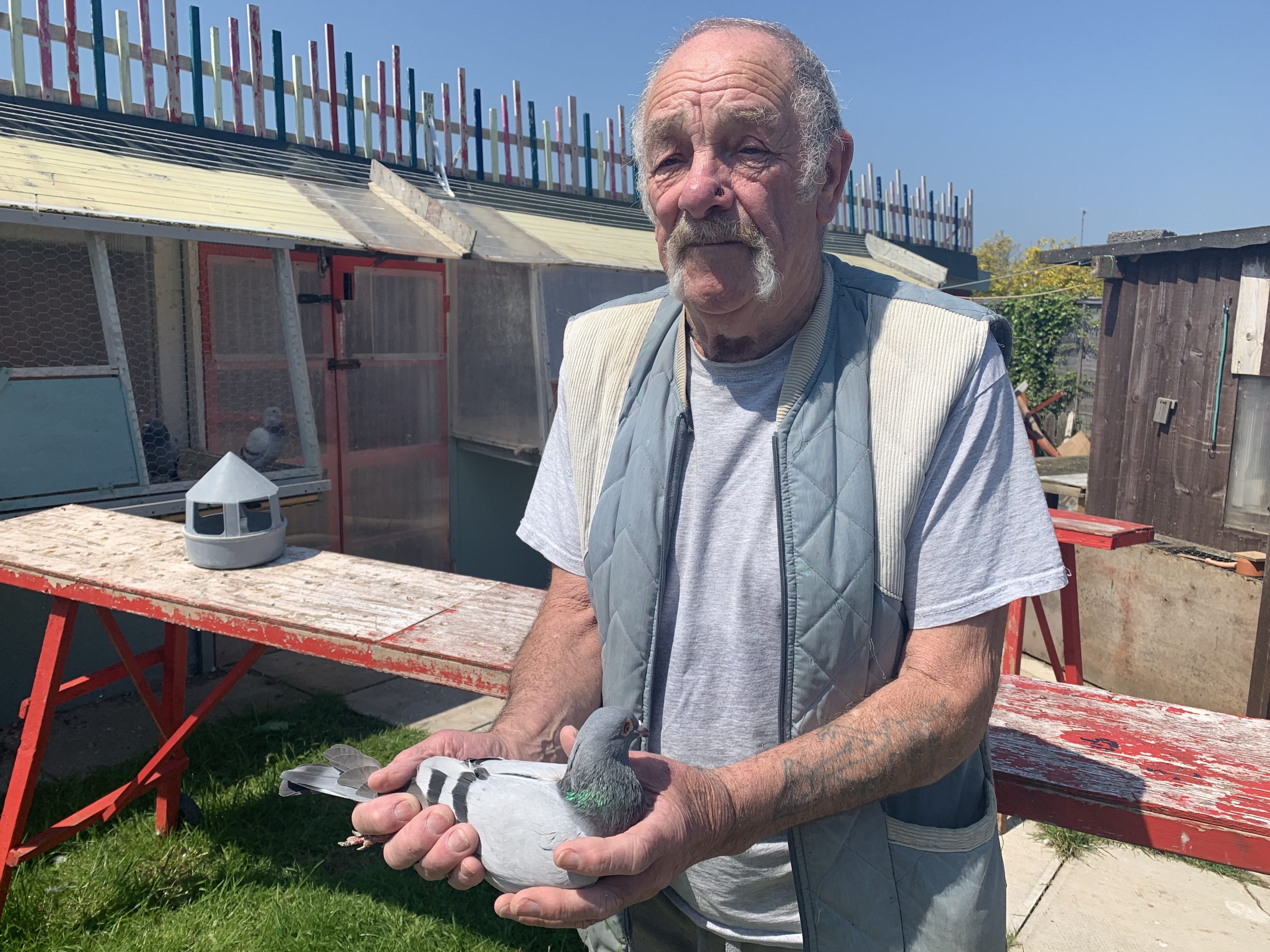 There were 2122 birds in the race sent by 164 members to Perth, and as always the east wind and coastal weather proved a testing combination for the conveyor and our weather team. The fog which was hanging around the race point and preventing the birds getting a good start to get them out of Scotand

The team that worked tirelessly over the weekend to get us away safely and after a frustrating two days the pigeons were finally liberated at 11.15am on bank holiday Monday into a South East wind.

Ian tells wrote ‘as 6 hours came and went with no birds home in the NRCC and thought it would be a difficult race, however, the first verification came and was at the loft of committee man J Parker of Eastwood shortly to be overtaken by the eventual winner Mick Broome of Skegness, congratulations to go to him, his yearling flew the 272 miles in 6 hrs and 38 mins to record a velocity of 1189 ypm.

Pigeons were now being verified on a steady basis until the close of race at 9.30pm. The furthest bird on the day was flying 344 miles and belonged to M Harrod of Lowestoft. More birds were verified the next morning and were reaching all parts of the NRCC quite early.

I was over to Micks Thursday morning to verify his winning bird now christened ‘Bologna Mick’’ she is a blue hen  coming from the bloodlines of the successful loft of Brian and Karen Hawes  which are derived from the Arabia lines. the wind for most of the race was on her nose but she arrived looking fresh enough that she could have flown the same race the following day. Bologna Mick is trained around the loft 3 times a week, with alternate days given over to 3 training throws of 20 miles.

Mick has been in the sport for most of his 78 years. Despite living in Australia for 30 years where he continued to race Mick’s dedication and professionalism shone through on this very tough race. As Bologna Mick launched herself from the NRCC transporter it was time to pay back the dedication that her owner had given her, it was time to race. Full race report to follow from our new press officer Stuart Lunn.

Full Result may be downloaded here